(This was taken just before it opened)

A couple of weeks we were invited down for a taster session at the newly opened Pop Brixton to find out what we can expect from the latest foodie venture in our beloved town.

Described as a “pioneering new space created with the local community in mind to showcase the best and most exciting independent start-ups and businesses from Brixton and Lambeth” this place hasn’t appeared without its criticisms. However in terms of bringing a whole host of new faces to the restaurant community in the now go-to London food destination it is very welcomed by us. And we were actually quite impressed. One thing to note is that even though they had in mind to keep all the vendors local I’m not sure how much of the customers are… For more information on the project, check out their website here. 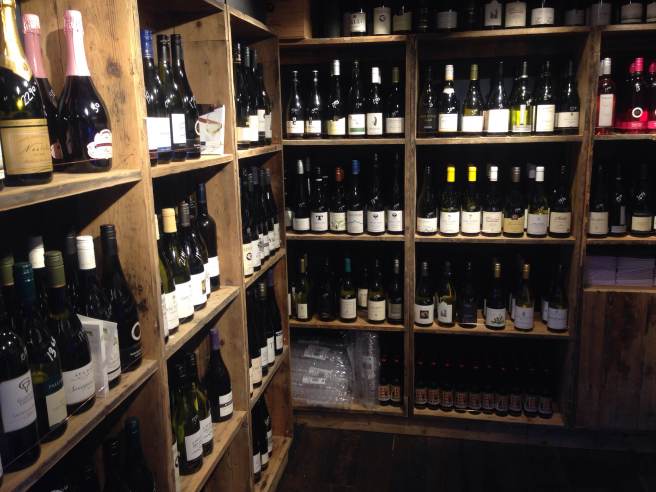 Given wristbands we were allowed to peruse wherever we wanted, meaning we ended up very stuffed and with heavy heads the next day. We tried fizzy wine from The New Zealand Cellar, whose owner is particularly welcoming! And could perhaps be a new present buying place. 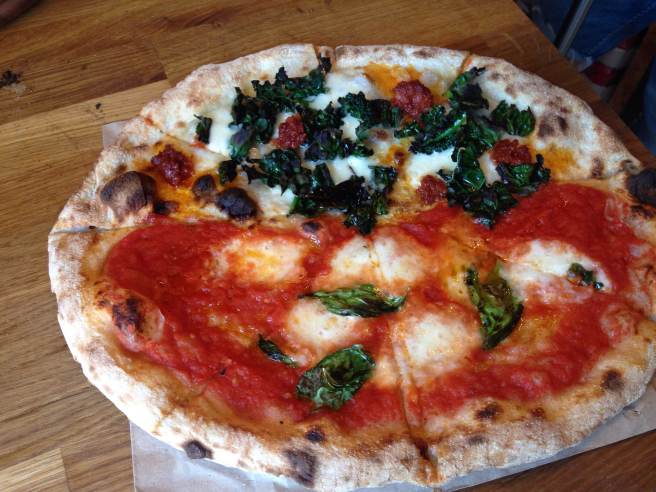 We then sampled pizza from Made of Dough, half and half of Rossa and Bianca, with added kale! Also good to note that this place accepts cards and the pizza is delicious. We washed that down with beer from Khrombacher which also sell pretzels.

We then headed to one of the few sit down places at Pop Brixton, Kricket which is located on the upper level and is an Indian small plate’s restaurant. We tried the padron peppers (spelt pardon on the menu but we’ll forgive them for that) and the Vindaloo Bavette. We would highly recommend the latter which was full of flavour and went down a treat. For me padron peppers are perfect just fried in olive oil and salt and don’t particularly need anything else added to them so wasn’t too sure about them. We also tried the cocktails which had a kick from them that didn’t come from the alcohol so may be best served aside from the plates which have plenty of it in them already.

Kyonocha was next on our list and we had sushi roll with a side of sake. My favourite sushi place in Brixton will also be Ichiban but this place would be perfect if you want something small and less stodgy.

At one of the bars located in the ground level is we had espresso martinis and chatted away to owner who seemed to have very grand ideas for how he wanted to run his lot. There will be fresh juices served throughout the day, with cocktails in the evening. 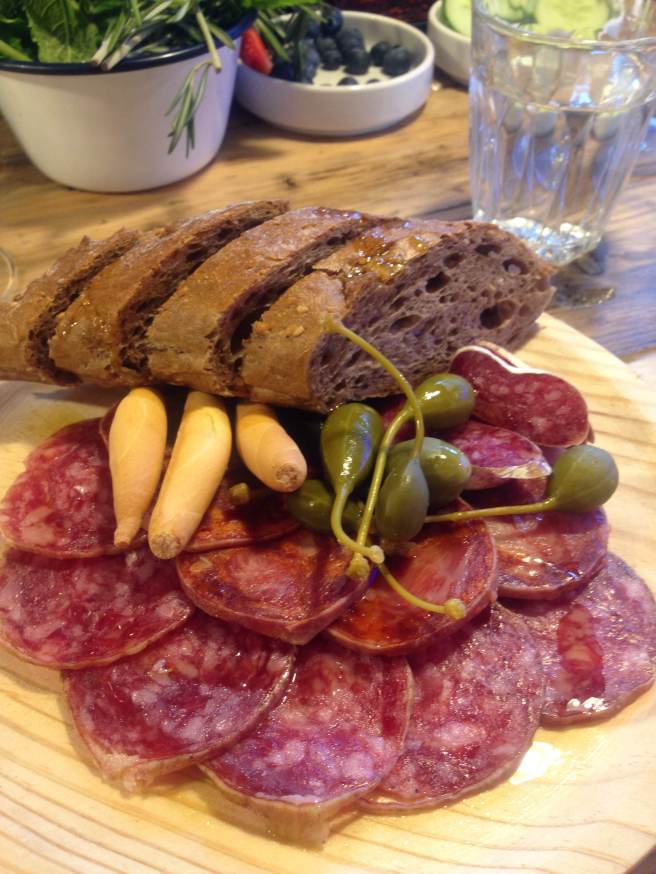 To finish of our main we went to one of the other upper levels, located near the entrance, where there is Donostia Social Club. A Spanish tapas bar, this is another place with seating and is indoors meaning it will survive our temperamental British weather. We were given the Torre del Gall Cava, the perfect accompaniment to tapas! To go with it we had a selection of cured meats and Sobrasada toast (a chorizo paste on bread with honey drizzled on top). Still having food dreams about the Sobrasada!

To cap it all off we went to one of the few dessert lots for ice cream. This is was a particularly popular one as you could pick and choose your toppings and fillings, with the ice cream then being made on right in from of your eyes on a freezing cold plate.

I’m sure many more trips there will come in the future as we didn’t even touch the surface of what this place has to offer. We were told that more sections would be opening up soon. An event space (TedxBrixton, live music etc.) an office space and even a radio station will be appearing very soon. My only concern is what will happen to come of the place when it comes to winter as it’s perfect for a warm summers evening but not much else. However we can’t wait to investigate what else this place has to offer.