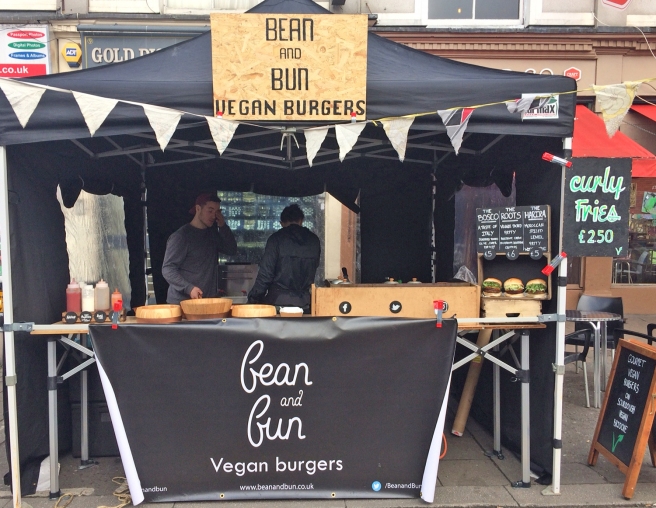 As reported before, Brixton Station Road is now a food court with a range of different outlets and have slowly been working our way through them. Coming back from the gym (first time in four years) we stopped to pick up lunch. There are many different foods on offer, but when you have decided on the stall, the choice is generally limited. Although we had given up on Vegan eating at the end of January, this place caught our eye.Bean and Bun, under the cringeworthy byline of “Bean there Bun that”, offer just vegan burgers, with a choice of three types, Bosco, Roots and Harira, gaining their inspiration from Italy, root vegetables and North Africa respectively. I went for the Harira, described as a “North African inspired pattie made with 3 types of lentils, grated sweet potato and a blend of spices”. I hoped the spices might cheer it up as otherwise it ran the risk of being a bit bland. I was right – lacking in oomph. The veggie burger itself was good though, like a larger falafel and the “sourdough vegan brioche”  provided a tasty and satisfactory home for the filling. Overall it was one of the best veggie burgers I have encountered. 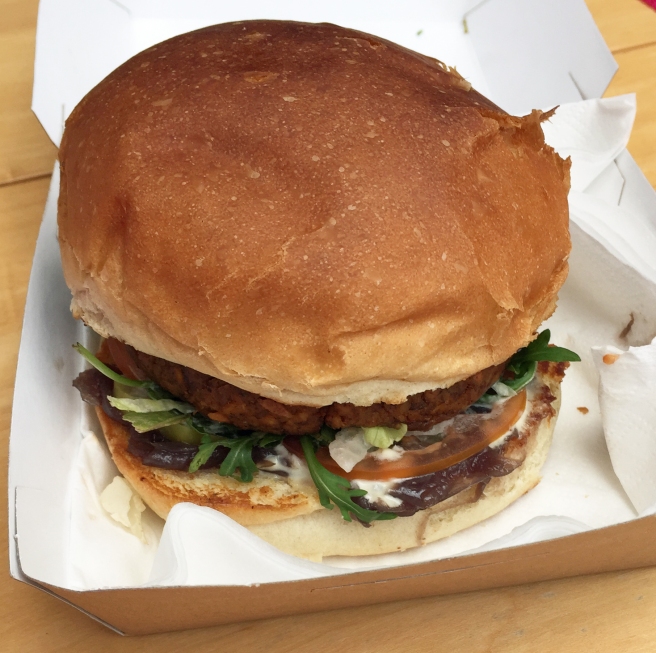 I passed on the possibility of fries and as a meal was excellent value at £4.50. Good enough to be a standing temptation on the way back from the gym, with a net calorie gain, despite all the exercise.

One thought on “Bean and Bun – Vegan Burgers”