Opening hours: usually 9.00 pm on website but on the door it says it opens later

We are not usually drawn to Vegan restaurants – except in Veganuary for a change of habit and a contribution to the post Christmas diet. But we were pleasantly surprised by Cafe van Gogh.

It was a bleak weekday evening and we dropped by at about 6.30pm. Although there were not many diners downstairs, the upstairs had several groups and by the time we left, the place was full but not heaving. Downstairs it looks like a cafe but climb the spiral stairs and you are in a room under a dome of stars – dark blue and definitely atmospheric but bright enough to see your food.

The menu is short – small plates that are actually a lot bigger than the usual delicate little morsels, and large plates which are a little overwhelming, so be hungry.

On the night we went there were small plates of butternut macaroni, blackbean and butternut chilli, fava bean hummus, mushroom ragu and large plates were Seitan, Guiness and mushroom pie, Jerk plantain, Seitan rendang curry, Jackfruit poblano mole, pasta with pesto or mushroom ragu and “burger of the day”. Some of the large plates incorporate items from the small plates so read carefully before choosing. Seitan is an alternative to Soy and is what is left over after washing the starch granules out of wheat flour – the gluten. Unusual cowardice hit the EatinBrixton reviewers who steered away from Seitan in any form.

We chose to share a Butternut macaroni with “cheese” and crispy onions and jalapeno. Not at all delicate, and very spicy when you came across a chunky bit of pickled jalapeno, but certainly pleasant enough if a little large for a small plate.

Then I chose a jerk plantain, blackbean and butternut chilli, turmeric rice, caramelised pineapple, jalapeno (which they forgot) and salads. All the accompaniments were from the small plates menu. The jerk plantain was fantastic being sweet then spicy then really hot. The secret is to fry off the plantain first and then add the spices so they don’t permeate the whole of the dish. The chilli was also spicy but not as much and it was a different “hot” and the pineapple gave you a release before heading into the spice again. Salads were relatively interesting – not really a fan of quinoa but the cabbage, carrot and kidney beans gave a different texture. This is not a dish you finish, rather you have to decide which bits are going to be left on the plate. It was huge with a large amount of carbohydrate but presumably for £10 that is vegan’s expect.

My companion’s choice was the Jackfruit poblano mole in a burrito bowl, turmeric rice, caramelised pineapple, nachos, sour cream, jalapeno (again forgotten) and salads. Poblano is a kind of chilli which is relatively mild and when dried it is called an ancho. This dish was so different from the chili/jerk combination. It was smoky with more than a hint of chocolate and warming rather than searing. The burrito bowl just separates the mole from the rest of the plate and only adds carbohydrate once it has softened enough to chew.

Although we have commented on the size of appetites and portions we did decide to share a sticky toffee pudding with “cream”. We have no picture as we headed into it steaming hot and polished it off really quickly. No idea what the “cream” was but the syrup should have been thicker but the sponge was light and airy. The empty plate said it all.

In summary – we will go again when we have built up sufficient appetite and with enough people so we can try most dishes. They do serve alcohol – red and white wine and several types of beer and water is on tap and so you can help yourself. We chose beer and loved their Punk IPA so ordered three bottles. The bill was £46.00 without service. 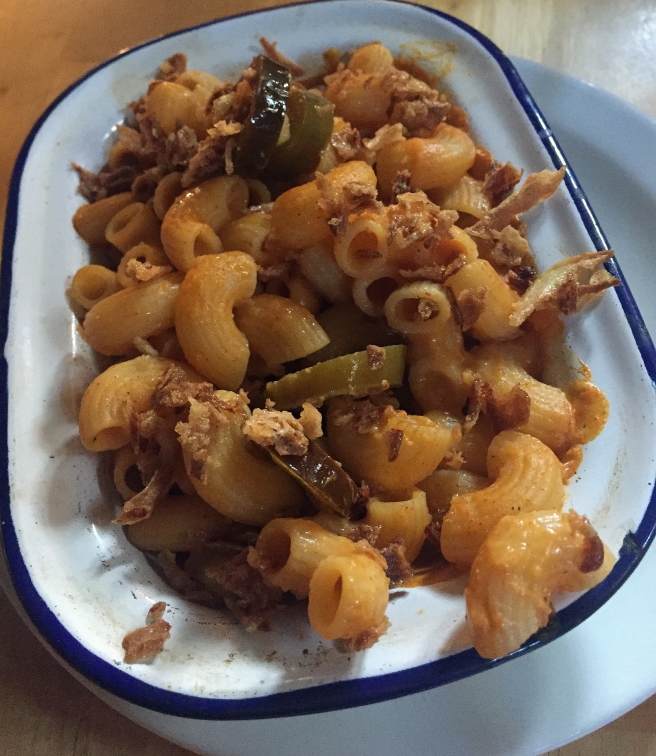 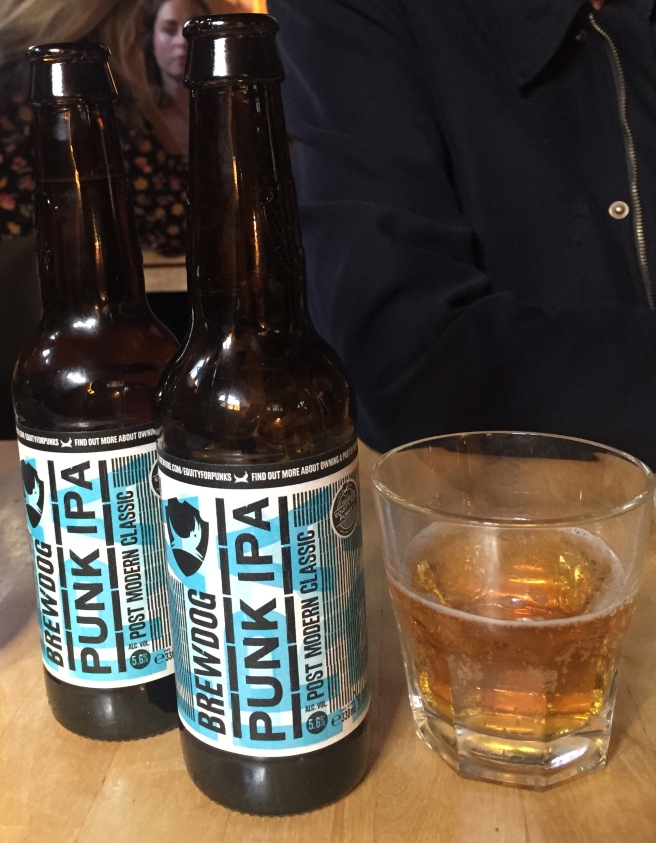