This is a pop-up restaurant in the premises of the recently closed Calcutta Street (we were sad to see this go). Chick and Sours is usually based in Haggerstown but their premises are being refurbished, so they are trying their hand in cosmopolitan Brixton. They have a limited menu of snacks, sandwiches and pickles to go with beer or a cocktail. Devoted to chicken – fried on a bun.We chose Szechuan aubergine, watermelon, peanut and chilli pickle, fries with a dip and two sandwiches. Sandwiches are huge and we soon became aware we had over ordered. The dish we would return for was the aubergine. It was light and fluffy with a spicy, sour, hot and sweet sauce – all by turns. We liked it so much the remains were our preferred dipping sauce.

The pickle was OK – not much vinegar and the small red chillis didn’t creep up they hit you in the face and were impossible to avoid in the shadows of a bowl which was mostly red. The fresh coriander was a good foil for the sweet watermelon but the peanuts just got lost. The fries were what was expected, small thin sticks that can easily be dipped in the kewpie mayonnaise (from Japan). 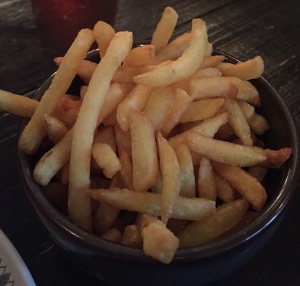 The sandwiches are huge (I think I said that). We ordered the General (cheese, pink pickle, vinegar and salad)  and the KPOP (sriracha , sour cream chilli vinegar and some salad). Well the first thing to say about the General is lose the cheese. It was a cheese slice, looking very like a piece of plastic and tasting no better. Both sandwiches come in a rather tasteless bun and dripping with ample mayonnaise in the slaw, so take care as it certainly will drip. Although the chicken was covered in a tasty fried crust, the chicken itself was not at all distinguished and I left half of mine. The crunch of the coleslaw made a whole lot of difference. 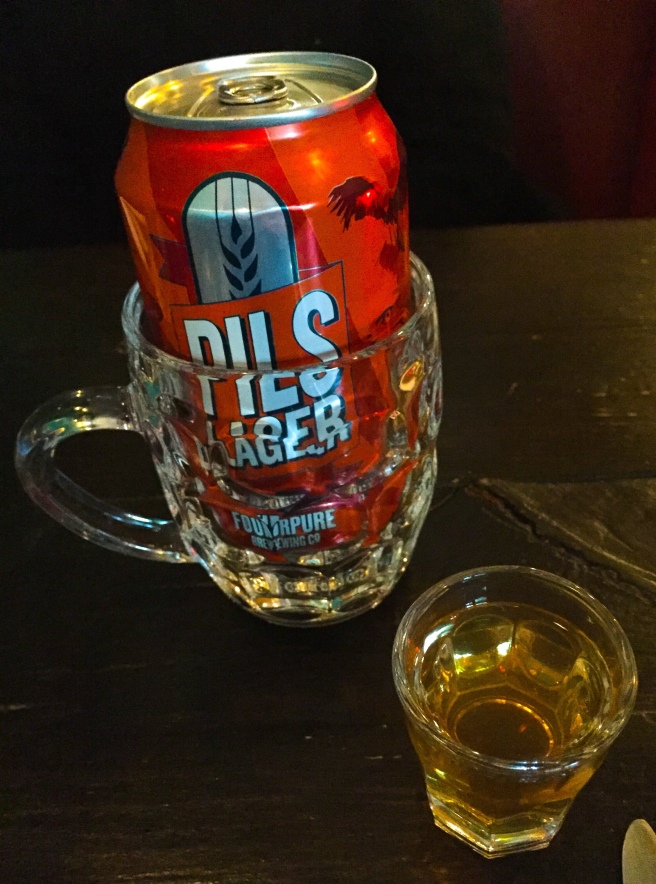 The bill was 44.50 (tip not included) which included a herbaliser (shot of a sweet, cold liquid like they serve at the end of a meal in Italy or Spain) and a lager. There was a cocktail list but we had already been to the pub and it was the middle of the week.