Locally brewed ‘craft’ beer is now definitely a thing and, seemingly, in danger of getting out of control. So in the interests of helping our readers make sense of what’s happening, two of us set out on a Saturday lunchtime to try what was on offer locally. We focused on the three breweries in Brixton of course, although you only need to go as far as Herne Hill to find further options.

So what we have are:

All of them are housed in railway arches, stretching from Loughborough Junction to the town centre.  Despite this they are very different, in the range of what’s on offer, as well as how they present themselves. We sampled a couple of their beers, including a pale ale at each for comparison purposes. The problem with what was effectively a brewery crawl is that the world seems to get better as you go, but none of the beers we tried were duds and, ultimately, its all a matter of taste. As the one who stuck to the pale ale, I can certainly say I would happily drink them all again.

Clarksons: Here we had the pale ale and a stout, which my companion described as fruity. They have only a limited offer and you need to check when they open, as their hours are the most irregular. They earn extra points for not using plastic and they also say their beers are vegan. It’s all a bit rough and ready, although this doesn’t detract from the beer of course. When we went just after noon we were on our own. 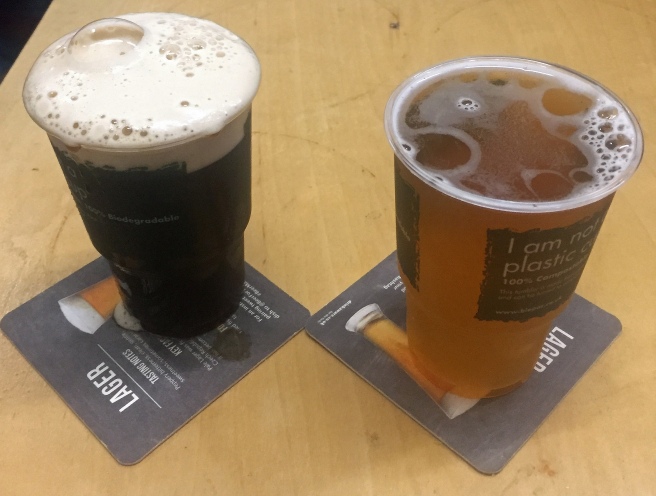 Brixton Brewery: This has more choice, with all their own brews including their growing range of speciaslist beers. This was busier, including some beer fans who seemed to be spending a day working round most of South London’s craft breweries. Here we had their Reliance Pale Ale  and the Atlantic A.P.A. (for American pale ale). They open more regularly here, but you still need to check the website – although I have to say that I find this a bit of a pain – too clever for its own good. 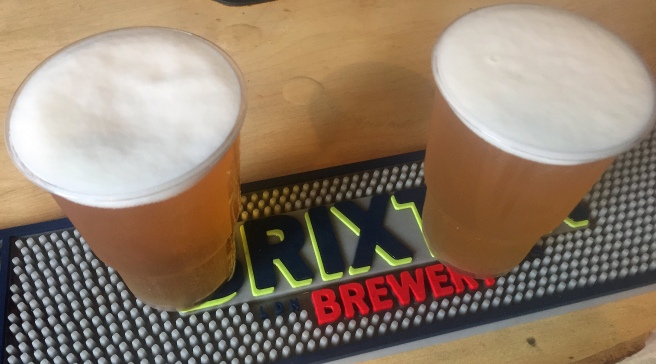 London Beer Lab: Although not the most spacious of the three, it’s the most high-powered operation and presents itself as far more of a destination in it’s own right. We were lucky to get any seats. They sell lots of beers and other drinks, even wine, not just their own. Here we had the Simcoe Red from LBL/Bullfinch, which is a dark IPA, and the Mosaic Pale Ale, the former being a bit too powerful for me at 7% ABV. The crisps are good. It’s also worth noting that other customers were having pizzas delivered, although I guess this is possible at all three places.

So the takeaway is that it’s a great way of spending some of your Saturday and to explore some new types of beer. The price per pint was £4 to £5, except for the Simcow Red which I guess gets hit by higher duty.